Us.: Bill Gates Warns Of Epidemic That Could Kill Over 30 Million People

Yesterday, at the Munich Security Conference in Germany, the man who tops the Forbes richest person in the world list and is co-chair of the Bill and Melinda Gates Foundation said:

Whether it occurs by a quirk of nature or at the hand of a terrorist, epidemiologists say a fast-moving airborne pathogen could kill more than 30 million people in less than a year. And they say there is a reasonable probability the world will experience such an outbreak in the next 10 to 15 years.

Notice that this was at a security conference and not a health meeting. Therefore, he could have focused on some other issue such as nuclear weapons or climate change. But Gates chose to focus on infectious disease threats (whether starting naturally or used as a bioterrorist weapon) for good reason. Our society is in need of a good wake-up call and slap in the face.

Our society is woefully underprepared for a bad pandemic. This was obvious in 2009 when I and Shawn Brown, Ph.D., director of public health applications at the Pittsburgh Supercomputing Center (PSC), were embedded in the Department of Health and Human Services (HHS) to use our computational models to help with the national response to the H1N1 influenza pandemic. People in HHS were working very hard each day to mobilize the national response. However, the external resistance that they encountered was troubling. Many external parties put their own individual or business interests in front of national security and were reluctant to share information. Some of the general public questioned whether the pandemic existed and even raised a number of conspiracy theories. Fortunately, the virus was not as harmful as initially thought and the world was spared real disaster. Was the H1N1 pandemic a wake-up call for society? Not really.

Maybe a slower-progressing epidemic that resulted in more deaths and disability would do the trick? After the H1N1 pandemic ran its course, more attention focused on the continuing epidemics of methicillin-resistant Staphylococcus aureus (MRSA) and other antibiotic-resistant bacteria. The Centers for Disease Control and Prevention (CDC), with efforts led by John Jernigan, M.D., M.S., and Rachel Slayton, Ph.D., and other public health agencies have been working to combat the MRSA epidemic with healthcare facilities and researchers such as our RHEA (Regional Healthcare Analyst) computational modeling team that includes Susan Huang, M.D., M.P.H., of the University of California, Irvine, Sarah Bartsch, M.P.H., of the Johns Hopkins Bloomberg School of Public Health (JHSPH), Dr. Brown, Kim Wong, Ph.D., of the University of Pittsburgh Center for Simulation and Modeling, and Loren Miller, M.D., and Jamie McKinnell, M.D., of UCLA. Has the MRSA epidemic, which is still continuing, prompted all the major changes in infection control and antibiotic development necessary to combat a pandemic? Again, no. While some advances have been made, lack of resources for infection control practice and research remains a challenge, antibiotic overuse has continued and relatively few antibiotics are under development. As I have stated previously, this continues to be a crisis, as our society may eventually run out of antibiotics that work against bacteria.

Surely, then, an epidemic in which the pathogen is highly and rapidly fatal would spur people to more action. Well, it did result in a new version of the song “Do They Know It’s Christmas?”…but, to sound like a broken record, no, it did not deliver the needed kick in the behind. The 2014-2016 Ebola outbreaks in West Africa involved a virus that killed around half the people it infected. Seemingly suddenly, Ebola jumped into the headlines (even though it had been around for years) when the number of deaths in Liberia, Sierra Leone and Guinea surged, raising concerns that the pathogen may spread elsewhere, including the U.S. Suddenly, people were saying, “Quick, we need a vaccine,” without giving the world much lead time to deliver and prepare accordingly, as stated in our Lancet piece. I recall during the Paul G. Allen Family Foundation Ebola Innovation Summit seeing many people around the room who had not even heard of Ebola a year prior, saying that we needed to eliminate this disease, naively underestimating the effort required to do so. As I tried to explain to a founder of a major dot-com at the meeting, creating a successful website is not the same as combating an infectious disease. Fortunately for the rest of the world, the Ebola epidemic eventually subsided without any vaccines or new technologies. As Gates mentioned during his Munich speech, “we would be wise to consider the social and economic turmoil that might ensue if something like Ebola made its way into urban centers.”

How much did the activity around the Ebola outbreaks change the world? The refrain: not nearly enough. Many major systems problems in West Africa contributing to the Ebola epidemic still remain and could easily lead to future epidemics.

Indeed, many health systems around the world remain broken. For example, our HERMES Logistics computational modeling team, coordinated by Leila Haidari, M.P.H., and working with Raja Rao at the Bill and Melinda Gates Foundation, has found that numerous countries have major problems in their vaccine supply chains that could benefit from significant redesign. Even if the proper technology, such as vaccines and medications, is available during an epidemic, effective and efficient supply chains and health systems would be necessary to get them to where they need to go. Progress has occurred with vaccine supply chains but not as much in other types of supply chains and other aspects of health systems. As before, the Ebola outbreaks resulted in some changes but not nearly enough. 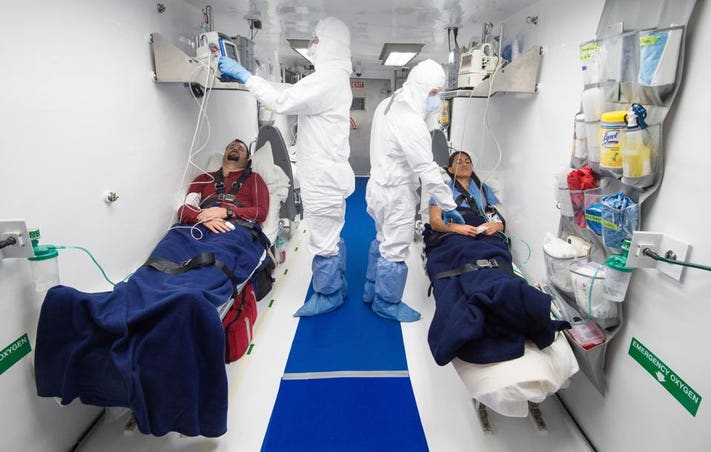 How about an epidemic that leaves children with catastrophic birth defects? Surely seeing children born with microcephaly (underdeveloped heads and brains) would tug at the heartstrings of even the most jaded. Well, last year, the Zika epidemic became the fourth infectious disease epidemic to gain global attention within the past decade. What happened when the Zika virus (as well as pictures of resulting birth defects) began spreading from South America, leading the World Health Organization (WHO) to declare a global emergency? Did our country respond in an effective and unified manner? Absolutely not. Numerous congresspeople and senators put their own political interests in front of national security and health, refused to accept President Barack Obama’s request for emergency funding, kept discussions in a deadlock and delayed funding for over half a year. Who knows how many birth defects could have been prevented from that delay? Who knows what the future will hold for Zika? Yes, fourth verse just like the first, an epidemic did not get the reaction that it deserved.

These all have been warning shots from nature, telling everyone to get their act together before the really big one comes. Has our society fully heeded these warning signs? No. In fact, in some ways, things are getting worse. Dodging disaster has led to an epidemic of complacency. We now have people questioning the value of already scientifically established vaccines. (Peter Hotez, M.D., Ph.D., dean of the National School of Tropical Medicine, recently wrote an eloquent piece in the New York Times entitled “How the Anti-Vaxxers Are Winning.”) Also, there have been fewer attempts to boost scientific research funding for the National Institutes of Health (NIH) and other biomedical organizations (which has not kept up with inflation); a lack of enough urgency to develop new vaccines, antibiotics and other infectious disease treatments; and calls to reduce (not increase) the resources of key public health organizations such as the CDC, the United States Agency for International Development (USAID) and the Food and Drug Administration (FDA). Too much capital is now flowing into products and services that are really not that important (e.g., how many different social apps do we really need?) but are making some people wealthier. Politics, partisanship and greed are overpowering the public good. Science is under attack from different quarters. Even though combating infectious diseases requires global cooperation and leadership from countries such as the U.S., nationalist movements have tried to pull away from and shatter such cooperation. The creation of false enemies such as women, minorities, immigrants, the media, scientists, etc., etc. continues to distract from the real enemies such as infectious diseases. Folks, all of the signs are pointing in the wrong direction. 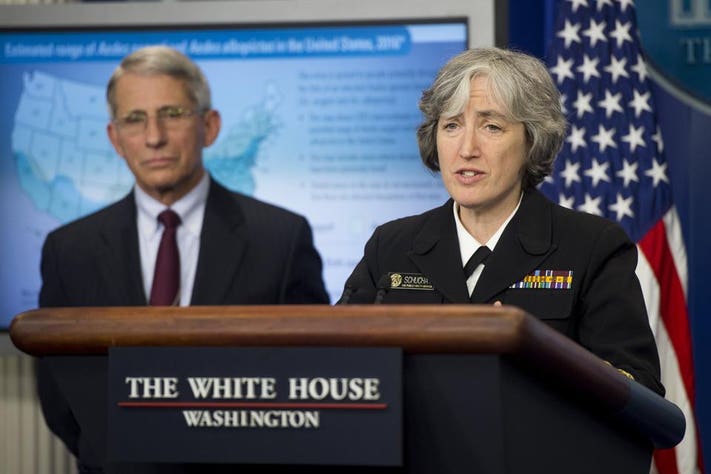 Horrifying epidemics have occurred throughout history. Gates mentioned in Munich that less than a hundred years ago, “in 1918, a particularly virulent and deadly strain of flu killed between 50 million and 100 million people.” It’s easy to forget that within the past century diseases such as polio, smallpox and malaria were still major problems in the United States. In his speech, Gates emphasized, “You might be wondering how real these doomsday scenarios really are. The fact that a deadly global pandemic has not occurred in recent history shouldn’t be mistaken for evidence that a deadly pandemic will not occur in the future.”

In other words, the good fortune with the epidemics over the past decade should not give our society false confidence. Indeed, complacency has become one of our biggest enemies, leading us to overlook problems and vulnerabilities and leaving us more vulnerable to “surprises.” Remember the incorrect claims from a couple of years ago that our society was post-gender and post-racial, ignoring the racism and sexism that was still occurring? Then last year’s presidential campaign and election descended, leaving many shocked about and unable to deal with how much open divisiveness, attacks and threats emerged. Yes, everyone now probably realizes that our society is nowhere near being post-racial and post-gender. It also is nowhere near being safe from a disastrous epidemic. In fact, our society is like the Atlanta Falcons during the second half of the Super Bowl or Brazil during the semifinals of the last football World Cup, setups for a massive surprise.

The human body and nature have ways of warning you of impending disaster. For instance, obesity can come before diabetes and heart disease. Similarly, smaller infectious disease outbreaks can occur before a catastrophic one occurs. Diseases are like any clever opponent. They test the defenses first, maybe try minor attacks, before unleashing their big weapons. Our society is ignoring the warning signs and too focused on the wrong things. Our society is literally and figuratively gaining weight without doing enough about it.

Ignoring the warning signs will keep us vulnerable to any type of infectious disease epidemic. What will be the next big pathogen? It could be a new strain of flu, something like SARS, Ebola, a vector-borne pathogen like Zika, a bad bacteria, a bioterrorist release of smallpox or a bug that we have not heard of yet. As Gates said, “Most of the things we need to do to protect against a naturally occurring pandemic are the same things we must prepare for an intentional biological attack. … Getting ready for a global pandemic is every bit as important as nuclear deterrence and avoiding a climate catastrophe. Innovation, cooperation and careful planning can dramatically mitigate the risks presented by each of these threats.”

Bill Gates is right. He has said frequently that he is an optimist. Therefore, his warning is not pessimism. It is realism. It’s not a matter of if a major deadly epidemic will occur, it is when. Humans are not invincible and not the only organisms on this Earth. The question is: what will it take to get everyone to wake up, pay attention, start working together and really do what’s needed?

About Us / Qui sommes nous

About Us / Qui sommes nous